On a clear cool day in Northern Minnesota, the rustling of the golden leaves signaling that Fall has arrived with the colors beginning to peak, Air2 crews enjoy the view from their perches on Xcel Energy’s 500kV dead-end towers.

But Air2 crews are not perched on these 500kV towers for the view. Air2 was hired to replace the polymer strain insulators on this line section that is a critical intertie with Canada’s transmission grid.

A lot of planning occurred prior to the operation to include site visits to reconnoiter staging areas, and multiple weekly coordination calls prior to the actual start of the project. It was a team effort that included crews from Xcel Energy and many others to complete the thirty-two structures in the fifteen-day outage window.

Air2’s portion was to replace all the strain insulators of the five northernmost structures of the line with a total of 18 insulators per structure.

The Air2 crew replaced all five structures in four consecutive days that were marked by the most glorious work weather anyone can remember. It was a real treat to visit and work in that part of Minnesota, and we extend a note of thanks to our hosts at Xcel Energy for making this project possible. 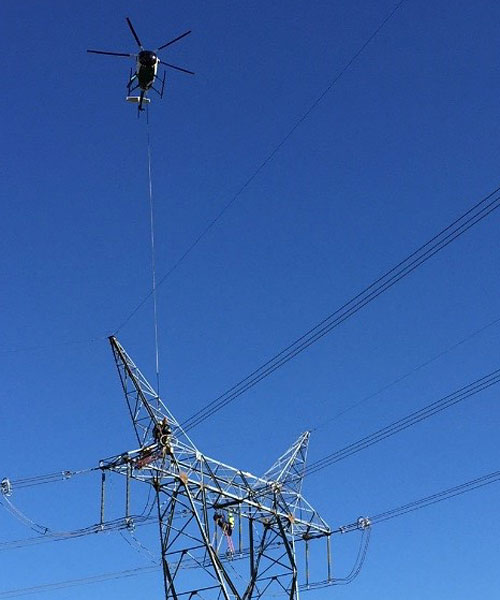 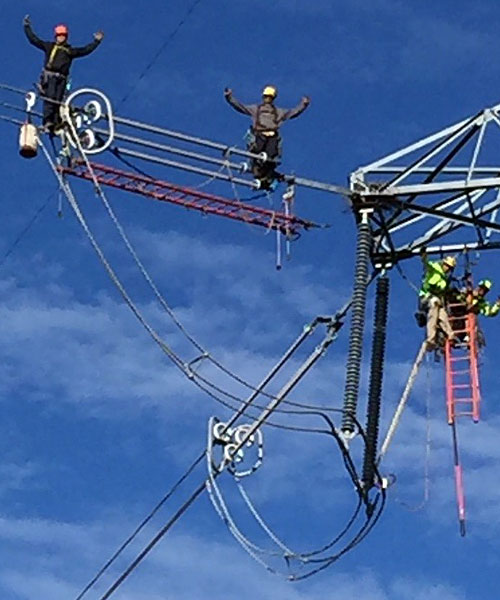